Are We Addicting Another Generation of Smokers With e-Cigarettes and Smokeless Tobacco? 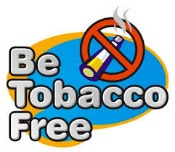 Years of educating kids on the risks of tobacco products are at risk on multiple fronts according to top medical groups in the US which include both smokeless tobacco and e-cigarettes. At Drobocky Orthodontics we are concerned that kids today have the misconception that they are harmless when compared to smoking cigarettes.

The American Heart Association Speaks Out on e-Cigarettes

The American Heart Association recently released its policy recommendations on the use of “e-cigarettes” and the need for the same regulation as tobacco products. Nancy Brown, CEO of the American Heart Association recently stated: “Over the last 50 years, 20 million Americans died because of #tobacco. We are fiercely committed to preventing the #tobacco industry from #addicting another generation of #smokers. Recent studies raise concerns that e-cigarettes may be a gateway to traditional tobacco products for the nation’s youth, and could re-normalize smoking in our society. These disturbing developments have helped convince the association that #e-cigarettes need to be strongly regulated, thoroughly researched and closely monitored.”

The AMA, ADA, and CDC Speak Out on Smokeless Tobacco

The American Medical and the American Dental Associations are speaking out about the rise in the number of kids using smokeless or chewing tobacco. Although cigarette #smoking in the United States continues to decline, a recent report from the U.S. Centers for Disease Control and Prevention (CDC) indicates that the use of smokeless tobacco has held steady over the past nine years. However, in 2013, according to the CDC, 14.7 percent of high-school boys, and 8.8 percent of all high-school students, reported using smokeless products. It also stated that from 2011–2012, #electronic cigarette use doubled among middle and high school students, and hookah use increased among high school students.

From a kids perspective…with smokeless tobacco… You don’t smoke it. You don’t swallow it. All you do is slosh it around your mouth and spit out the brown juices every few seconds like baseball players. So smokeless tobacco must be better than smoking, right?

There is also a misconception among young people that electronic cigarettes are harmless. E-cigarettes are battery-powered cartridges filled with a #nicotine liquid that, when heated, creates an inhalable mist. Little is known about the long-term health effects of the products, which were developed in China and moved into the U.S. market in 2007. Many kids who might not otherwise smoke are choosing to try #electronic cigarettes to be cool and that can lead to tobacco use and addiction.

Young Adults Must be More Informed About the Dangers

“Nicotine is a dangerous and highly addictive chemical no matter what form it takes – conventional cigarettes or some other tobacco product,” said American Heart Association President Elliott Antman, M.D. “Every life that has been lost to #tobacco addiction could have been prevented. We must protect future generations from any potential smokescreens in the tobacco product landscape that will cause us to lose precious ground in the fight to make our nation 100 percent tobacco-free.”

Drobocky Orthodontics
4.9
Based on 399 reviews

Jackie Richardson
18:42 16 Dec 21
The staff is absolutely amazing. My child suffers from anxiety and they... make her feel so comfortable and at ease with the process. They focus 100% on the patient. You definitely won’t regret going with their office for your orthodontist.!!!read more

Stephanie Cornwell
13:04 10 Dec 21
The staff was very thorough and understanding. They took time to answer... questions and really listen to any concerns. I felt comfortable with everything.read more

Laura Tyree
20:03 08 Dec 21
Staff is very friendly and professional. They always make us feel at home... and take the best care of both of my girls. They always inform me of what is going on with their braces and what the plans for the next visits will be.read more